Share a memory
Obituary & Services
Tribute Wall
Read more about the life story of Margaret and share your memory.

Peggy was born in the Bronx, New York to Joseph and Rose McBrien, immigrants from County Fermanagh, Ireland. Peggy’s husband of 55 years, Edward O’Connor, predeceased her in 2015.

Peggy grew up in the Bronx and graduated from Good Counsel College. She met the love of her life, ‘Easy Ed’ O’Connor, at a Fordham University mixer and shortly after, she accepted Ed’s marriage proposal at the campus chapel. They married and relocated to Oakland, New Jersey where they raised four children and made many friends and memories. Despite her very busy life, Peggy successfully completed a master’s degree in Education from Ramapo College.

Ed’s career brought the family to Fairfield, Connecticut in 1975 and he and Peggy quickly immersed themselves in all that the town had to offer. Peggy became a beloved kindergarten teacher at Holland Hill School where she joyfully worked for almost 40 years. Her graduates, now young adults, often share with Peggy the impact that she had on them. Not content to be idle after retiring, and with a strong desire to make a difference in the lives of young children, Peggy thrived in a part-time ESL teaching position at a Bridgeport elementary school.

Peggy was immensely proud of her Irish heritage. She never missed St. Patrick’s Day in New York City, arriving early for Mass at St. Patrick’s Cathedral followed by a march down 5th Avenue with County Fermanagh. Peggy was delighted when she and Ed were named Co-Grand Marshals of the Bridgeport St. Patrick’s Day parade several years ago.

Peggy was a long-time, active member of the Gaelic American Club where she served on the Scholarship Committee, founded the Irish Travelers group, and helped form the Gaelic American Glee Club, which took them on a trip to Europe culminating with an appearance at the President of Ireland’s Dublin residence.

Peggy was a faithful daily communicant at St. Pius X Church. She and Ed were strong supporters of Catholic education and enjoyed their children’s years at Boston College, Fordham University, and Fairfield University. Peggy became active on Fairfield University's campus, hosting the Sunday Irish Melodies radio show, enjoying many President’s Circle events, volunteering at the Quick Center, and cheering on the basketball and field hockey teams.

Peggy was an incredible role model and taught us all how to live our lives with joy. She instigated the countless family adventures including visiting Ireland, cruises, hikes, beagling, road trips, concerts, theater in NYC, tennis matches, and much more, until just recently. She was a wonderful wife, dedicated mother, and involved grandmother. Her family will deeply miss her guidance, care, smile, and passion for a life well-lived. She leaves her daughter Deirdre and husband Steve Bennett and their children Brian (Luisa), Caitlin, and Connor; daughter Maura and husband Adam Yanulis and their children Jake and Ian (Mariel); son Dan and wife Sue O’Connor and their daughter Caroline (Emmett); and daughter Sheila and husband Ken O’Donnell and their children Michaela and Declan.

A Memorial Mass of Christian Burial will be celebrated at St. Pius X Church in Fairfield on Monday, January 23 at 11 a.m. The family invites guests to attend a celebration of her life at the Gaelic American Club following Mass.

For information or to sign an online guest register, please visit www.SpearFuneralHome.com.

To send flowers to the family or plant a tree in memory of Margaret "Peggy" (McBrien) O'Connor, please visit our floral store. 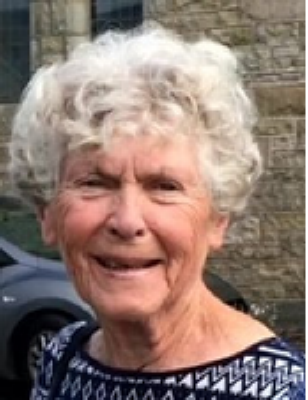