Share a memory
Obituary & Services
Tribute Wall
Read more about the life story of Carol and share your memory.

Carol Carpenter Ketcham of Trumbull, CT, passed away Thursday morning, November 24 at the age of 81. Carol was born in Jamaica Queens, New York, to Harriet and Murray Carpenter. She graduated from Levittown Memorial High School in 1959. She attended Drew University followed by secretarial school. In 1962 she married her high school sweetheart, Donald Herbert Ketcham, and supported him while he completed college and then seminary school. After Don’s first ministry in Kent, CT, they settled in Avon, CT where they raised their four children and lived for thirty years in service of West Avon Congregational Church. She enjoyed and took on the many roles of a minister’s wife. They later moved to nearby Unionville, CT into their beloved, riverside, antique home, where they enjoyed their retirement years until Don’s untimely passing in 2015, after 52 years of marriage. Carol continued to live in their treasured home pursuing her favorite past times of gardening, birdwatching, and playing with her two dogs, Katie and Tag. Early in her marriage, Don and Carol lived in Boston, MA where she worked for the publishing house Little, Brown and Company. After working at Farmington High School upon their move to Avon, CT, Carol held multiple roles at Avon Old Farms School, including assistant to the headmaster and later school archivist. She enjoyed many years as an integral part of the Avon Old Farms School community. During the summers, Carol especially loved spending time on Great Gott Island in northern Maine, where she adored her waterfront cottage, feeding the seagulls, looking for sea glass, baking and socializing with her dear island friends. Carol leaves behind her four children and their spouses; Susannah Kinsella and husband Brian, Robin Ketcham and wife Joanne, Wren Rex and husband Nathaniel, Emily Fox and husband Ryan. She was the proud grandmother of eight grandchildren: Andrew, Matthew and Alison Kinsella, Maggie Ketcham, Scarlett Rex, and Anna, Ethan and Jillian Fox. She is predeceased by her sister, Nancy Cook and survived by her brother, Robin Carpenter, his wife Teresa, her half-brothers Christopher Carpenter and Richard Carpenter, half-sister Elizabeth “Libby” Carpenter and brother-in-law Bruce Ketcham and wife Jan. She will be deeply missed by the many friends whose lives she touched. Funeral service will be held Friday, December 2 at 11:00 a.m. at Southport Congregational Church, 524 Pequot Avenue, Southport, CT. To honor Carol’s memory, donations may be made to the CT Audubon Society, https://www.ctaudubon.org/fairfield-home/. To leave an online condolence, please visit www.SpearMillerFuneralHome.com

To send flowers to the family or plant a tree in memory of Carol Carpenter Ketcham, please visit our floral store. 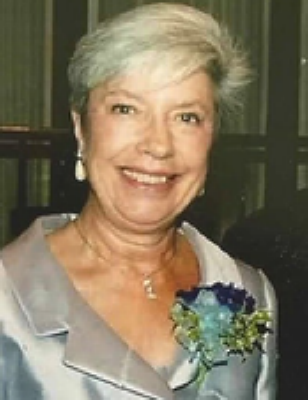